Congratulations to Hsieh Su-wei (謝淑薇) on her second women's doubles title with Barbora Strycova and to Latisha Chan (詹詠然) on her triumph in mixed doubles with Ivan Dodig. FocusTaiwan has more about Taiwan's winners at Wimbledon.

The most attentive of times, the most distracted of times

With the arrival of a new year conversations with friends often turn to the subject of personal resolutions. For the first time ever the most common resolution I heard people make did not involve diets or exercise. That includes mine.

People are taking charge of their information curation. For those of us who are determined to enjoy a healthier relationship with our social media and less indulgence of clickbait, here are a few articles that offer insights and suggestions.

Hope Reese and Catherine Price
Break Up with Your Smartphone
Vox, 2018

Sean Illing and Tim Wu
There's a War for Your Attention
Vox, 2018

Brian Gallagher and James Williams
Modern Media is a DoS Attack on Your Free Will
Nautilus, 2017

Andrew Sullivan
My Distraction Sickness and Yours
New York Magazine, 2016

Securing a Place for Fact

Democratic societies face a challenge today: How to sift reliable information from rubbish? How to ensure that public policy debates start with information rather than remain in paralysis as known information is denied?


A Branch for Factual Accountability

Some have proposed an extra branch of government. This branch would oversee objective standards. Style-wise it would remain rather low-profile. It would not be as much engaged with the public directly as with other branches of government, for whom it provides information and clarifies disputes.

In Taiwan we have something like this. The Oversight Yuan creates standardised entry exams for government employees. When in Taiwan you walk into, say, the Immigration Office, you can feel pretty confident that the person behind the counter won't confuse Slovenia with Slovakia. If you walk into the Environmental Protection office, the person who helps you won't confuse pesticide with dihydrogen monoxide. Not only is it the person's job to know what's what, the person was tested on it in order to get the job. No number of connected relatives can get the person a job in that office without the person passing the test.

This creates a situation where capable people tend to get government jobs and the jobs tend to have higher pay attached to them. Respect is preserved for government service and for education. Few feel tempted to discard all that and cram their heads full of 'alternate facts' that open no doors anywhere.

Creating a similar branch of government with a slightly different role could perhaps help other democracies right now. The goal of a Standards branch would be to give policy makers the means to base policy on objective data. It would seek to ensure that public policy is rooted in sound science. Such a branch could take on a few accounting tasks, too, such as those we see provided in the USA by the Congressional Budget Office. The existence of such a branch could help improve the quality of debate by squaring public discussion with verified fact.

A compelling case can also be made for the accreditation of news providers. We are currently enduring the 'wild West' era of the Internet; some curation would be of enormous help to the homesteaders.

Accreditation of news sources would work something like the accreditation of schools, and perhaps a bit like the stars assigned to hotels. News providers would submit to a process and be evaluated for reliability. Those that prove solid are accredited,  with tier levels assigned based on content, resources and reliability. Such a system takes an approach to the Net that resembles what the American FCC did with radio and television. The regulating body could require, say, that all social media operating in the country provide X amount of solid material in every user's news feed from Tier 1-rated sources. Or something.

Accreditation would help bring market pressures to bear on behalf of the public interest. Publishers of news would see it as being in their best interest commercially to compete for principled journalists, develop news-gathering resources, hire qualified staff, and provide trustworthy content.

The entity performing this role would need some autonomy. After public discussion we may well feel that the accreditation role is best realised by an international organisation. If international, representation should still be limited only to those representatives of countries that guarantee speech freedoms. The goal of accreditation is not to regulate opinion or censor anyone, including the purveyors of tabloid rubbish. The goal is to meet a public need: to give consumers a solid place to start in determining what is factually reliable.

Kurt Andersen recently wrote in the The Atlantic of our 'need to adopt new protocols for information-media hygiene.' Above are some ideas, submitted for the good of the community.

A friend asks ‘Are we living in a simulation?’

Neil deGrasse Tyson, Elon Musk and others have suggested that our universe might be a simulation. A friend of mine wondered aloud recently how anyone might test such a hypothesis.

For some reason I think of Carmen.

Carmen is the title character of an 1875 opera by Georges Bizet. She is a Romani woman who by day works in a Spanish cigarette factory and by night works with gangsters to smuggle contraband across the border.


Carmen exemplifies some questions that arise when we explore aesthetic philosophy.
___

Does Carmen know she is in an opera?
No. Carmen would say she is in Spain.

Does Carmen know she is singing?
Only when she is.

The singer who portrays Carmen is singing all the time and knows it. But Carmen would say that sometimes she sings and most of the time she doesn't. Sometimes she's got a little ‘la la la’ going as she walks around. Most of the time she's having conversations—making plans, flirting, telling people to go to hell. And sometimes, as a mezzo-soprano performs on a stage in our world, Carmen is silently thinking to herself.

In those lines Carmen insists that she is free, a person who makes her own choices.

Is Carmen at least free in her own universe?
Carmen says she is, but even she has trouble believing this.

Carmen's actions are those of a driven personality. Tragedy results when she toys with a person who turns out to be as driven as she is.

Though Carmen insists to others that she is free, in her most private moments the insistence falls. Everything, she believes, is written in the cards one is dealt. One's fate is always sealed. No one really gets to choose anything.

Can Carmen discover that she's an opera character?
As her opera is not about a character who makes such a discovery, she cannot. 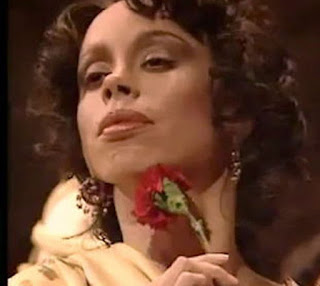 Carmen lives in world where things happen a certain way. There people go around singing just as here atoms form molecules. No one finds this strange. It's just how the universe works.

Carmen's end will always be tragic. The events of her life represent a closed loop in the fabric of that world.

This would not surprise her. Carmen has always suspected as much. She will never see her situation as we do, though, because the only view she can get is from inside her universe.

In that universe she is not a character. She is a person.

'O God, who once stirred love and hope in our souls, now kindle a passion for liberty.' 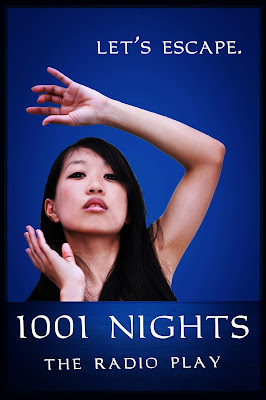 1001 Nights: The Radio Play is now available for listening upon demand.

It's really all right. 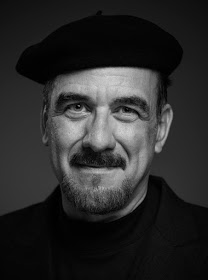 Alton is a professional art musician in Taiwan. A Florida native, he has called the Beautiful Isle home since 2004.
唐博敦
About Alton

Friends of the Site